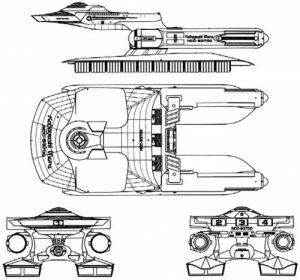 I can admit it: I’m a nerd. I love science fiction, hate JarJar Binks, and have stood in my back garden with my daughter, waving at the International Space Station as it’s flown overhead on dozens of occasions. So, when I thought of writing a blog about breaking sponsorship’s rules, for me, there could be no better parallel than Captain Kirk and the Kobayashi Maru.

For the uninitiated, this is a test given to prospective Starfleet captains. It involves rescuing the neutronic fuel carrier, Kobayashi Maru, from the Klingon neutral zone. It’s made to be unwinnable, and yet Kirk beat the test. How? He broke the rules and changed the game.

Winning in sponsorship isn’t about following all the rules. Just like the Kobayashi Maru, sometimes winning is about forgetting the rules – all those things you “should” do, the things you’re expected to do – and changing the game altogether. That’s what this is about: How sponsors can achieve more by changing, ignoring, and otherwise not playing by, the rules.

Use every single benefit

When Aussie surfing champion, Mick Fanning, survived an attack by what is estimated to be a 6.5 metre great white shark, during a competition in South Africa, a few years ago. Mick and his mate, Julian Wilson, who went in after him, very nearly died a grizzly death, and the world would have seen it on live TV.

There was the inevitable press conference, and here were the two of them – visibly shaken – answering reporters’ questions while they both held cans of Red Bull. Actually “held” is an overstatement, as it appeared they weren’t even aware the cans were there, and maybe someone had just superglued them onto their hands. Whoever decided that was appropriate needs a kick in the arse.

Just because you are entitled to have some benefit doesn’t mean it is the most fitting, productive, or strategic thing to do. Yeah, lots of people watched that press conference, but the people who did were all saying, “What the hell is with the Red Bulls?” I usually love what Red Bull does, and there are a hundred ways they could have made that situation good for them in a much more appropriate way, but no, someone decided that their entitlement trumped any sense of decorum.

Be good to your partners

Sponsorship is a partnership. It’s about mutual benefit and collaboration and flexibility, and you should always treat your partners with fairness and respect. Unless they are inveterate jerks, in which case, all bets are off.

I’m in no way advocating for a combative relationship between you and the properties you sponsor. I don’t want that. Nobody wants that. But every sponsor I know has at least one relationship where the property is, at best, uncooperative and inflexible, and at worst, obstructive and unethical.

If you’ve exhausted your options for making the relationship work, your best strategy is to exit, and tell them why you’re doing it. But if you can’t exit – either because you’re in the middle of a contract or you’ve got political issues – it’s time to break the rules, and there are a few ways to do it:

The property is blocking every great idea you have? Come up with leverage ideas as if you were ambushing the property, not a genuine sponsor. Do things you don’t need their permission to do. They might be mad as hell, but if you make all of it about enriching and extending the fan experience, you’ll be the one on the high road.

I do want you to have strong, productive relationships with your partners. This particular rule-break should be reserved only for the most problematic relationships, and if you’re going to do it, you’ve got to commit.

The premise is that you should act like the level you sponsor. You’re a “bronze”, so you should limit what you do with the sponsorship, so you don’t look like a bigger sponsor than you are. This expectation is put on mid- to lower-level sponsors, so they don’t upset higher level sponsors.

Leaving aside for a moment how much I hate gold-silver-bronze levels, this kind of thinking misses the entire point of investing in sponsorship, which is that it’s a platform for leveraging marketing and business results. That’s right, when a sponsor invests in sponsorship, they are investing in opportunity, not results. It’s leverage – what a sponsor does with a sponsorship – that provides the results.

If a lower-level sponsor puts a huge amount of effort and creativity into a leverage program, netting a fantastic return, that should be seen as a good thing, and if you’re doing that, well done. As long as you’re not claiming you’ve got some designation that you don’t have, they don’t have a leg to stand on.

And if the property gets their back up, this is the appropriate response:

Those other sponsors have a much bigger platform to leverage than we do. Imagine what they could achieve if they put in the effort that we have? How about instead of trying to limit our results, you help them to get the most out of their opportunities?

There was a point early in my career where the one-to-one rule was a revelation. What it said was this: For every dollar spent on a sponsorship rights fee, a sponsor should spend a dollar leveraging it.

The reason this was a revelation was that, prior to that, sponsors weren’t leveraging at all. As sponsorship results come from leverage, not the benefits you buy, this rule served to dramatically increase what sponsors were getting from their sponsorships.

The problem was – and still is – the arbitrary nature of the ratio. One-to-one has a certain ring to it, sure, but was it the right number? And has it been right to champion spending two-to-one, or even more, as sponsorship has become more cluttered? No and no.

One of the most amazing and beautiful things about sponsorship is its ability to act as a catalyst, adding meaning and relevance and value to money you’re already spending. Think about it: You’re investing in sports, arts, charities, events, etc that people really care about. Why wouldn’t you use that personal relevance and emotional resonance across you existing marketing channels? If you don’t, you’re definitely wasting opportunity and probably spending too much on leverage.

The best sponsors in the world leverage their investments across existing channels before spending any extra money, with most of them spending 10-25% incrementally, not 100-200% or more. Yes, there are exceptions for gigantic, often quadrennial-type events, but for 99.99% of what all you readers have in your portfolios, following the one-to-one rule is a totally unnecessary waste of money.

Ambush is unethical and shouldn’t be done!

In Captain Kirk terms, ambush marketing is like the going into battle alone. You’re not as powerful as if you were there with a well-armed ally, but you are able to be more agile, flexible, and creative.

Meaning and authenticity drive modern sponsorship, so in almost every scenario, it’s better to be a sponsor than an ambusher. But sometimes the opportunity to sponsor isn’t available – either because a competitor is already sponsoring, or the property is being unrealistic or painful. I’m not saying “do it”, but it is an option.

There are two keys to whether an ambush is viable:

If those factors are in your favour, and you’re going to do it, then do it well. Good ambush marketing isn’t easy, fast, or cheap. You’ve got to put just as much strategy and effort, and have just as much lead-time, as if you were sponsoring whatever you’re ambushing.

Captain Kirk made his career by breaking rules. He weighed up the risks, aligned his strategies to the mission, and did what he believed would be most effective. It’s no different for you.

Breaking sponsorship’s rules can be really good for your brand, but it’s also possible to ruffle some feathers, and before you embark on any of these strategies, you need to be at least aware of the downside. But you should also keep in mind that if what you’re doing is good for the fans and good for the fan experience, which is the most basic premise of best practice sponsorship and getting great results – your Prime Directive, as it were – it’s also going to greatly mitigate the risks. 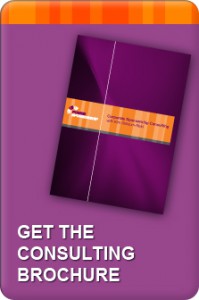 For all you need to know about best practice sponsorship selection, leverage, measurement, management, ambush marketing, and more, you may want to get a copy of The Corporate Sponsorship Toolkit.