The Minefield of Selling Major Sponsorship to a CEO 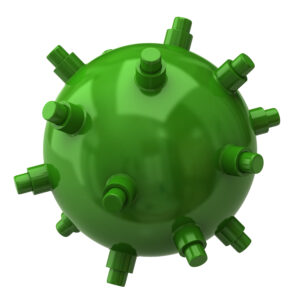 A while back, I was forwarded a link to a video showcasing how Chelsea Football Club went about replacing their principal partner. The link was accompanied by the message, “I bet this will make you sick.” He wasn’t wrong.

I will say that Chelsea FC was successful in gaining a new principal sponsor in Yokohama, and well done to them. I don’t know if this approach was used on Yokohama or not. It’s also worth noting that the relationship was not renewed at the end of the contract.

That said, there are some serious issues raised around this approach, and those issues are exacerbated by the decision to publicise it. Before I make my case, you should probably have a look at the video:

Chelsea Football Club – Get Me a Sponsor

The shamelessly chest-beating video goes over how Saatchi & Saatchi developed a campaign for Chelsea FC, whereby 33 CEOs of some of the world’s biggest companies received a fancy, “Chelsea blue” trunk containing a customised jersey, a medal, and a fully customised, point-of-view video showing what it would be like for the CEO, if their company became the new shirt sponsor of Chelsea – chauffeurs, press conferences, meeting the players, going onto the field, that CEO’s signature on the contract. It was accompanied by a voiceover saying things like, “companies don’t make quarter of a billion pound decisions based on logic alone”, and “we wanted to show CEOs how their lives would change as a sponsor of Chelsea Football Club”. This was all delivered with a huge dose of “aren’t we bloody clever”, and the whole thing was revolting.

This thing won awards – no doubt selected by people who value implementation over consequences. What consequences? Try these, for a start…

Companies don’t make £250 million (US $376 million) decisions based on logic alone? Gee, corporate boards and shareholders are going to be glad to hear that!

And I’m sure staff will be duly impressed that when such massive investments are made, they benefit the CEOs so, so much. Actually, what they’ll be doing is maths; how much pay, bonuses, or benefits could staff be getting if the CEO wasn’t playing fast and loose with hundreds of millions of dollars.

It would be extremely difficult to make a huge sporting sponsorship like this look like anything other than a vanity project after seeing that video.

And then there are the marketers, who always enjoy when the C-levels raid their budgets for vanity projects – and it would be extremely difficult to make a huge sporting sponsorship like this look like anything other than a vanity project after seeing that video. Just imagine their level of excitement and buy-in when this sponsorship is imposed from above and they’re told to make it work. They’ll be doing the maths, as well: What else could we be doing with this money to advance our brand? What’s the opportunity cost of our CEO’s good time?

The thing is, CEOs are involved with some huge sponsorship decisions, and most CEOs put a lot of care and consideration into those decisions. But even if that is 100% the case, imagine that a decision like this is made, and then this video makes the rounds of staff. Everything is done by the book and there is still a political mess because of the perception it creates.

Whether Yokohama dealt with any of these issues or not, the fact that this approach was promoted in such a blatant manner creates a question mark over whether top-level sponsorship investments are really made for strategic reasons. That’s not helpful for anyone.

And then there are the actual politicians

This reminded me of the TARP funding paid out to financial institutions in the US during the Great Recession (2008). Many politicians, including (then) Senator John Kerry, were insisting that none of that money should be put toward sponsorship, because it was an unnecessary, unjustifiable expense with the main benefit to companies being overblown hospitality. The term “fat cat” was bandied about freely.

At that time, I jumped to the defence of sponsorship, stating that it is a powerful and accountable marketing tool, not a slush fund for fat cats. I did concede that some sponsorship is wasted, and not all companies are good at it, but those bad apples didn’t taint the whole barrel.

But here’s the rub. This video showcases in all its high-production-values glory that this sponsorship IS all about being a fat cat. Here’s you at the press conference. Here’s you meeting the players in the locker room. Here’s you on the field. In media and politics, it’s not a big leap to categorise all major sports sponsorship in the same way.

Companies of the size this video is talking about often get huge tax and other government concessions. They’re already political targets for parliamentarians and political crusaders, who could easily juxtapose this unsavoury take on major sports sponsorships with the taxpayer-funded concessions being made to the companies involved. And won’t that be fun for the media relations team?

The clear implication of this video is that a sponsorship of that size is unjustifiable, when logically analysed. In fact, it says pretty much exactly that. That further implies that…

In the vast majority of cases, neither of the above is true. I know that, and you probably know that, but there are plenty of media, bloggers, and social media pundits who probably don’t, and the implications of this video make for a good story – one that pulls our industry’s image back to the bad old days of ad hoc “luxury spends”, retrofitted objectives, and justification based on the debunked practice of measuring logo exposure. This is embarrassing for our industry.

Super-cool use of tech aside, do I like all the virtual arse-kissing? No. Would I rather Chelsea FC concentrated their efforts on building a business case that a whole company (and all the fans) can get behind – a business case worthy of £250 million? Of course. But I actually have less of an issue with the approach taken by Chelsea FC than I do with the choice made to publicise it in this way.

Let’s say for a moment that there is something in this approach that might have given Chelsea FC a look-in. I honestly don’t know – this may have been how they started with Yokohama. The fact that Saatchi & Saatchi decided to publicise this strategy in this way has unfairly painted major sports sponsorships as both not logically justifiable and, frankly, more than a bit unseemly.

You’ll note, here, that at no time have I ever said that being principal sponsor of Chelsea FC isn’t worth a ton of money, because it is. But the fact that this strategy was undertaken, and particularly that this video is out there and has been since 2015, could make investing in top level sports sponsorships just that little bit more difficult for any major CEO.

And I really hate that.

You may also be interested in my white papers,  “Last Generation Sponsorship Redux” and “Disruptive Sponsorship: Like Disruptive Marketing, Only Better“. Want to build your sponsorship skills and strategies fast? I’ve got comprehensive online sponsorship training for both sponsors and rightsholders. Get the details and links to course outlines and reviews here.

If you need additional assistance, I offer sponsorship consulting and strategy sessions, sponsorship training, and sponsorship coaching. I also offer a comprehensive Sponsorship Systems Design service for large, diverse, and decentralised organisations. Please feel free to drop me a line to discuss.