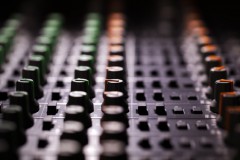 The year was 1986, and Aerosmith were over – has-beens, ten years past their prime. That was, until old-school (old-skool??) hip-hop group, Run-DMC sampled one of their hits and they teamed up to make one of the best videos of a generation. That crazy combination reinvented and rejuvenated Aerosmith back into the stratosphere – literally, in the case of “Armageddon”. It also catapulted hip-hop into the mainstream, where it’s been ever since.

What does this have to do with sponsorship? Well, nothing… if all of your investments are working. On the other hand, if you’ve got some old, tired, ill-fitting sponsorships – sponsorships that have run their course, sponsorships you never should have had – this story could have a lot to do with it!

Over the past couple of years, I’ve started using something I call The Aerosmith Technique. It’s all about putting mis-matched sponsorships together to make something that’s bigger and better than the sum of the parts. It doesn’t always work, but it’s quick, easy, and pretty damned fun, so if you’ve got a real dud on your hands or you’re running out of leverage ideas across your portfolio, it’s certainly worth giving it a go.

The starting place for all of this is a list of all of your sponsorships. I actually prefer to make two lists:

I like to write the lists along the sides of a large whiteboard, but I’ve worked with clients who love doing this technique with Post-Its – an approach that is growing on me. Either way, you need to be able to see all of your sponsorships in one place.

It’s nigh-on impossible to brainstorm by yourself, so try to get at least three of you in a room. These people don’t all need to be involved with sponsorship, they just need to be open-minded and creative-ish.

Give yourselves permission to have crazy ideas

This is the most important step in this process. Don’t overthink every idea, just let them fly. Write everything down, because it’s only when you give yourself that permission to get nuts that you open yourself to the level of creativity that will make this work for you.

I’m not kidding. I once worked with a client who cross-pollinated (that’s the technical term) their sponsorships of a professional football team, a flower show, and a children’s charity – and it worked!!

Before you start, remind your team of these two things:

Start matching them up

Start down the list of misfit sponsorships, matching them with both your better performing sponsorships and with each other. Ask questions like:

You could even start looking at your better-performing, but mis-matched sponsorships together. You never know what magic you may find!

What you’re looking for

When applied to misfit sponsorships, this process is generally not about finding ideas that will anchor a big renewal; it’s about finding ideas that will allow your brand to get some strategic benefit from an investment you can’t currently get out of. This is, as my grandpa used to say, about “making a silk purse out of a sow’s ear”. Just admit that from the outset. You may find that attitude frees you up for greater creativity.

Without limiting the types of ideas you come up with, here are some of the typical categories of ideas I find with my clients:

These are the ideas that have a touch of crazy about them; the real mis-matches that can generate content, commentary, and plenty of attention – largely because they’re just a bit odd or unexpected.

This kind of idea relies on both sponsees being relatively good-natured about working together and getting outside of their own genres, but if you can achieve that, everyone’s a winner!

This is about using mis-matches to keep a sponsorship relevant for longer than the event or season or what-have-you.

For instance, imagine your brand has an NWSL soccer player as an ambassador and as part of your deal, you get a bunch of appearances. Rather than making those a bunch of meet-and-greets with limited people, use that athlete with your other sponsorships in the off-season. Four appearances? What if she spent them training with that basketball team you sponsor, having a ride-along with your NASCAR team, learning to be lifted gracefully at the ballet, and interviewing her favourite band backstage at that festival you sponsor?

What if you invited your sponsored organisations and individuals to participate in your float at a gay pride parade?

Opportunities to put fans in control

If you want customer and/or fan buy-in, try giving them some control.

What if you went out on Facebook and asked your fans for ideas on what you could do with a festival sponsorship that would benefit one of your lesser-known charities? Or you could nominate a couple of sponsored organisations or people and ask your fans how they should challenge each other. Music trivia? Free throws? Ten-pin bowling?

With any of these angles, you will need to ensure all participating sponsees are up for doing something offbeat, but if they are, these mis-matches can generate a lot of content, fan engagement, extend the leverageable timeframe of the sponsorship, and increase the strategic value of investments.

For all you need to know about best practice sponsorship selection, leverage, measurement, management, and more, you may want to get a copy of The Corporate Sponsorship Toolkit.