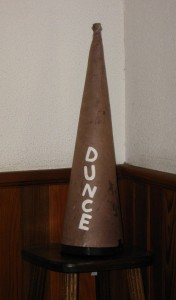 Down here in Oz, we do pretty well in the Winter Olympics, considering we have comparatively little winter. It’s pretty exciting for us to do well.

But, when young alpine skier, Greta Small, did better than expected and her home resort of Mount Hotham did the unthinkable…

the Australian Olympic Committee got their undies in a bundle and sent a stern letter to Hotham, demanding they remove that and any other social media mentioning any Olympic athletes. The actual tweet, now removed, can be found below.

The AOC is invoking Rule 40 of the Olympic Charter, stating that, “Except as permitted by the IOC Executive Board, no competitor, coach, trainer or official who participates in the Olympic Games may allow his person, name, picture or sports performances to be used for advertising purposes during the Olympic Games.”

Note, Mount Hotham has not claimed any relationship with Greta Small in this tweet. It is a simple congratulatory tweet, the same as millions of other tweets congratulating athletes and teams around the world. Yes, she does train there, but there is no indication of that whatsoever in the tweet. The Australian television commentators actually mentioned that Mount Hotham is her training ground, but they didn’t.

So, just how many company Twitter accounts have expressed pride in the performance of an athlete or team? I know I have. (I guess I should be expecting my AOC nastygram anytime now.) How on Earth does any part of the Olympic movement think they have any right to stop a simple expression of support and pride? And how would they ever police it even if they did? This action by the AOC makes them look both totally unrealistic and ridiculously petty – a chip off the IOC block.

Another of Australia’s ski resorts created this spoof congratulatory ad, lampooning Rule 40. I enjoyed this probably a little too much.