IOC Gets a Gold Medal for Hypocrisy 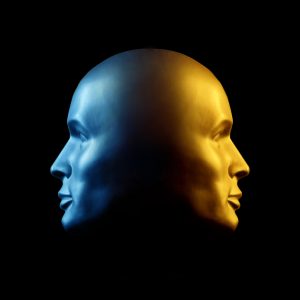 “The Olympic Movement gives the world an ideal which reckons with the reality of life, and includes a possibility to guide this reality toward the great Olympic Idea.” – Pierre de Coubertin, founder of the International Olympic Committee

In my 28 years in the sponsorship business, I have never seen an organisation as two-faced as the IOC. They’re happy to promote the Olympics as not only a sporting event, but as an idealistic social force in the cultivation of the world and host nations. They position themselves as the bloody UN of sports and proudly blather on about how important and influential the Olympics are in promoting “social responsibility and respect for universal fundamental ethical principles”. (From the “Fundamental Principles of Olympism”)

But in the face of a host country passing laws that violate human rights, their position is that it’s just a sporting event and not political. Their obliviousness to the hypocrisy is summed up in this quote by IOC Committee Chairman, Jean-Claude Killy, “[the IOC] is not supposed to discuss the laws” of host nations.

One would assume, however, that in selecting a host nation – and allowing them to keep the Games once awarded – there would be some expectation that the laws of the country would adhere to basic human rights. But, apparently not. Like the Crown Jewels, those lofty, Olympic ideals appear to be strictly ceremonial.

As for requesting assurances that LGBT athletes, officials, and spectators are safe? That is a response to this situation that is so impotent as to belie belief.

Download the Olympic Charter, updated a couple of months after Russia’s first tranche of anti-gay laws, and read the Fundamental Principles of Olympism on page 11 and the Olympic Mission on page 16. As I read them for the first time in years, I careened from outraged to creeped out and right back to outrage.

I love the Winter Olympics. I grew up someplace that snows six months of the year and have a huge soft spot for many of the perilous (downhill skiing, luge, skeleton), brutal (ice hockey), and uniquely nutty (curling, short-track speed skating) sports that feature. This isn’t about throwing hate on the sports or the athletes. They’ve trained their whole lives to be there and deserve our respect and admiration. But, they also deserve an international governing body that requires the same exacting standards of ethics, fairness, and sportsmanship of themselves as they do of the athletes.

While Russia is enacting laws that are an affront to basic human rights, in the context of the Olympics, it’s the IOC who are the bad guys. They are endorsing Russia with one of the most powerful brands in the world, and giving Putin a platform to advance the Russian agenda on a global stage.

How can the IOC fix this?

At this late date, they can’t. But they could do two things:

Unfortunately, neither of those things are likely to happen. The IOC is steeped in such a heady mixture of egomania, isolation, and entitlement that I can’t imagine they would even consider admitting they were wrong, much less want anything to change.

Okay, rant over. I will definitely be referencing these issues in some of my upcoming Olympic-themed blogs, but I’ll do my level best to stick much closer to the topic of sponsorship.

Interested in my take on how the IOC TOP sponsors are getting it so very wrong? You should read “Olympic Sponsor Cowardice is Bad for Business“.

What about the new breed of ambush marketing that has emanated from Sochi 2014? Read “The Other Ambush: Standing Up for What’s Right when Sponsors Don’t“