Usually, whenever you hear lawyers talking about ambush marketing, they’re talking about laws and enforcement. The general approach is the more laws there are around major events, and the more broadly defined those “rights” to be enforced are, the better. So, imagine my surprise when I was sent Ambush Marketing and the Mega-Event Monopoly: How Laws are Abused to Protect Commercial Rights to Major Sporting Events, by Andre M Louw. This book is part of the ASSER International Sports Law Series. That’s right, this is a real legal text that looks at the other side of ambush laws. No, not the ambusher’s side – the fans’ side. It’s largely about how anti-ambush legislation, and the […] Read More

I went into this Olympic season thinking I would be writing about ambush marketing. It’s a fascinating subject and probably the most public peek behind the curtain the average punter sees of our industry. This year, however, the real story turned out to be the lengths to which the Olympic movement and its sponsors went to “protect” themselves, and the personal freedoms and genuine national pride they were willing to quash along the way. Honestly, I have been struggling to write this. The issues are big and far-ranging, and as a heart-on-the-sleeve idealist, difficult for me to reconcile after the last few years of extraordinary sophistication growth for our industry. So, rather than having that […] Read More

While the real ambush marketing news has been about the ridiculous lengths the Games organisers have gone through to thwart ambush marketers, and the negative impact of those activities, strategic ambush has gone on unabated. That butcher who put five sausage rings in his front window learned a big lesson about the cost of national pride, as did that florist who was threatened with a huge fine. But strategic ambushers – the ones sponsors and rightholders really need to worry about – they got the job done without breaking a single rule. There were cheeky ambushers, sneaky ambushers, and brilliant ambushers. We can learn from all of them. The Cheeky Topping the category of “cheeky” […] Read More 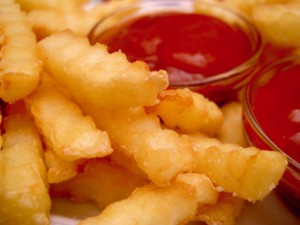 You can’t get fries without fish at the fish and chips shop in the Olympic Precinct. You can’t get fries with anything else. The only place you can get fries in the Olympic Precinct is at the world’s biggest McDonald’s. Why? Because McDonald’s insisted on having exclusive rights to serve fries. Really, McDonald’s? Were you really that scared that people being able to get a hot chip somewhere else would undermine your brand sanctity? Was it worth it? Because from here, I can’t see how having hundreds of media outlets, and many thousands of social media pundits, taking the crap out of your selfishness is doing a lot for your brand. (Yeah, I know… in […] Read More

McDonald’s is a global TOP sponsor of the IOC. So is Coca-Cola. Cadbury is a Games sponsor. There has been a lot of controversy around these sponsorships, capped off by a riveting piece of propaganda, entitled The Obesity Games. The premise seems to be that Olympic sponsorship is some sort of corporate plot to make our children obese. Seriously, if you listen to some of the commentary around these sponsorships, you’d think Ronald McDonald was force feeding people Quarter Pounders on the way into the stadiums. Except that McDonald’s provides many healthier options, and Coca-Cola bottles water, juice, sports drinks, and plenty of other health-friendly products. And isn’t a small amount of dark chocolate actually […] Read More

In the past couple of days, Lord Sebastian Coe, head of LOCOG, was quoted as saying that people attending the Games should not wear Nike shoes or Pepsi t-shirts, as they would be thrown out by security. He then backpedalled, saying people wearing Nike trainers would “probably” be let in, but ticketholders wearing Pepsi t-shirts will not be allowed entry. LOCOG has further “clarified” that people can wear what they want. But wow, what a pointed illustration of the ugly lengths the Olympic movement would like to go to, in order to protect their fiefdom: We own you. We own what you wear. We own your memories and your ability to record and share them. […] Read More

You can go to the Olympics. You can soak up the atmosphere, show your national pride, and experience moments that you will never forget. Or at least you’d better not forget them, because recording them for posterity is against the law. That’s right, people: The IOC and LOCOG have decreed that you don’t own your memories. You have no rights to document your experience or share your memories with others. LOCOG would say, welcome to 2012, where we have even more fronts on which to protect our intellectual property. I say, welcome to 2012, where sharing your experience with others in your social network is an integral and expected part of that experience. I get […] Read More

Every four years, the Summer Olympics roll around, and with it, meaningless sponsor awareness surveys. Media love to sensationalise this frivolity, calling sponsor who appear on the list “winners”, while sponsors that don’t are “underachievers”. Then, of course, there are the non-sponsors who show up on the list, who are roundly referred to as “ambushers” (cue disparaging looks and finger-wagging). In reality, those lists mean absolutely nothing. First off, there are myriad reasons why a company might end up on one of these “can you name the sponsors of the Olympics” (or similar) lists – or not – and many of those reasons have nothing to do with actual performance. Why a brand might end […] Read More 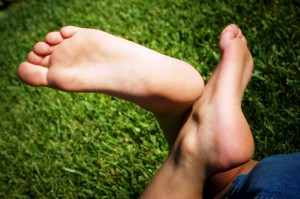 I love ambush marketing. I don’t love that it happens, because the only reason it works is because the rightful sponsors aren’t effectively leveraging their investments, and I just hate that. But I do love the strategy and creativity that goes into effective ambush marketing, so for me, the Olympics is always a smorgasbord of amazing ideas and implementation. What’s that, you say? LOCOG has clamped down on ambush? In their dreams. Laws don’t control strategic ambush marketing; they just stop stupid brands from doing stupid things that wouldn’t net them a result, anyway. Good ambushers don’t need to break any laws, and they don’t need anything an organising committee can offer, in order to […] Read More

Back in 2010, soccer fans were gripped with anticipation over the 2010 World Cup in South Africa. Also in that year, Valentine’s Day happened to fall on a match day. Puma seized on that to create a viral campaign that captured both the passion and the imagination of soccer fans. The Puma Hardchorus was born, and fans could dedicate a love song, sung by what appear to be surprisingly talented soccer fans, and send it to their loved ones or share it with them on social media – demonstrating their love while still going to the game. The most famous was this English one, with soccer fans singing the super-romantic “Truly, Madly, Deeply”, but they […] Read More