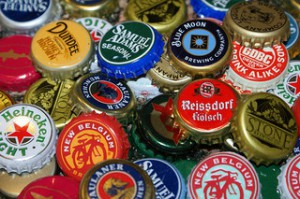 I wrote the original version of this blog back in 2009, when Australian politicians were debating an alcohol sponsorship ban. With Ireland now considering the same, with potentially ruinous results, I thought I would give it an update and repost.

So, here we go again. Irish politicians – who clearly know nothing about sponsorship – are going on about banning alcohol sponsorship of sport. This isn’t the only country where our industry is unfairly under fire from politicians on this subject, and some politicians and lobbyists keep rolling out new arguments to support the ban. One time it’s that alcohol sponsorship promotes underage drinking, then it’s that it promotes binge drinking. Pretty soon there will be a Facebook meme about how an angel cries every time a beer logo is shown on a football game.

Ireland’s potential ban is now threatening Ireland’s ability to host major sporting events. Once again, the politicians should either stick to what they know, or at the very least, not shoot off their mouths without taking some time to seek out expert opinions and research.

I am not a supporter of binge or underage drinking by any stretch of the imagination, and am supportive of measures to educate and support the community. But when it comes right down to it, this proposed ban on alcohol sponsorship may be hyper-populist, but it is highly unlikely to be effective. Why? Let me count the ways…

Logos on stuff doesn’t accomplish anything

Although there are plenty of companies who will insist that the exposure offered by major logo visibility is an extremely effective way to change the perceptions and behaviours of their target markets, there is reams of research to say it doesn’t.

In fact, this research goes back to a 1991 study in the European Journal of Marketing that asserted, among other things, that people who are aware of a sponsorship did not change their perceptions of that brand or their behaviour around that brand, the two things all marketing boils down to. Many other academic studies have replicated these results, some measuring whether the time someone is exposed to a logo increased the marketing impact (it doesn’t) or the love for a team or sport increased the marketing impact (no again). There is a hero worship factor around individual sponsorships – “Tiger Woods uses Nike gear, so I have to use Nike gear” – but this has proven to be a very niche market.

If politicians are implying that the visibility of alcohol sponsorship is a major influence on alcohol drinking behaviours – ie, “people see the logo at the game so they drink more” – there is absolutely no research to back up the assertion.

Logos and visibility, on their own, don’t accomplish anything meaningful for a brand. What does turn sponsorship into a meaningful marketing tool is leverage – what an alcohol brand does with the sponsorship. When we are talking about leveraging an alcohol sponsorship, most of the activities will take place in pubs, at events, in bottle shops, online, and at home. In-venue activities are usually pretty limited (see below).

In general terms, most countries prohibit marketing activities that encourage irresponsible consumption of alcohol. In most countries, there are laws against people being over-served in licensed venues and events, there are laws about how alcohol brands can be promoted at those venues and events, and there are certainly laws about the age at which a person can buy and consume alcohol. There are laws about what alcohol brands can say in their ads and what time of day they can be shown. Alcohol brands also require an undertaking that the visitor is over legal drinking age before they can enter their website. And although it may not be the case worldwide, here in Australia, the “responsible” message is prominent on alcohol websites, packaging, and a lot of promotions and advertising.

Alcohol companies follow these rules for every marketing activity they do – sponsorship-driven or not. If there are concerns about the effectiveness of those laws, then tighten the laws! Don’t penalise some marketing activities more than others because they happen to be sponsorship-related.

Pouring rights and sponsorship are not the same thing

More often than not the actual beer being poured at a stadium is controlled not by sponsorship of the team, but by a pouring rights contract with the venue. Even if the pouring rights is sponsorship-related, if you ban the sponsorship, the venues will sell the rights a la carte. Either way, what this means is that nothing will change when someone goes to buy a drink at the game.

Ambush marketing means nothing will change

Let’s just say for a moment that alcohol sponsorship is banned. The first thing that will happen is that a giant black hole will open up in the budgets of sporting organisations. The second thing that will happen is that alcohol companies will run comprehensive ambush-style campaigns that net them virtually the same results as their previous sponsorship leverage activities.

Ambush marketing is a strategic marketing activity that generates the benefits of a well-leveraged sponsorship, without the actual sponsorship. As long as the ambusher doesn’t claim to be a sponsor or break a few rules relating mainly to use of intellectual property or trespassing, it is perfectly legal. And when done well, it really does work.

So, if alcohol companies are told they can’t sponsor, they will simply buy the pouring rights from the venue and mount ambush campaigns in every pub, on-pack, in bottle shops, and online. If the IOC and FIFA can’t control legal ambush marketing around their events, how does any government think they can control dozens of alcohol companies ambushing hundreds of events?

And did I mention that a giant black hole would open up in the budgets of sporting organisations? It would.

My two cents’ worth

There is no question that “socialising” – sometimes to excess – is a factor in some sporting cultures, right from the grassroots to the top. I can tell you with absolute honesty that in my former, rugby-playing days, there was a lot of socialising throughout the club and I’ve danced on my share of tables. I can also tell you that I didn’t need any encouragement from an alcohol sponsor to participate in another round. It was the culture of the sport and, frankly, one of the reasons many of us kept our battered bodies in the game well past our primes.

I’m not picking on rugby, because many, many sporting organisations are exactly the same. We’ve had alcohol-related incidents with Olympic swimmers, for goodness sake! If you play sport as an adult – as so many of us do (or have) – that culture is very common. Banning alcohol sponsorship isn’t going to change that culture.

By the same token, we can’t be holding alcohol companies responsible for the choices made by individuals. If a group of friends is planning a huge night out and it happens to start at a game, an alcohol sponsorship is unlikely to have any influence on their behaviour.

Some might say the same would be true for tobacco sponsorship, but I don’t think so. Alcohol can be consumed in a responsible way and without causing harm to oneself or the community, and virtually all of us would fit into that category virtually all of the time. The same can’t be said for tobacco. There is no level of consumption that isn’t harmful to the user and people around them.

It seems clear that more needs to be done in terms of education around binge and underage drinking. And while over-serving is already a crime, enforcement could probably be improved. How? I don’t know.

Binge and underage drinking are problems. Alcohol sponsorship is just a convenient scapegoat. Given that governments of the world are waiting to see what they do, let’s hope Ireland takes a strategic look at this and realises that as populist as the issues may be, this isn’t the solution.